Get the COMP Token and Safely Secure it on Numio

Download Numio today for free and get COMP tokens.

Compound was one of the early movers in the DeFi market and a trailblazing protocol for the entire space. Today, it sits as the 4th largest DeFi protocol by TVL, with $10 billion dollars locked inside it. It means that Compound accounts for over 1/10th of the entire DeFi market (in terms of Total Value Locked) all by itself. It set the standards for how a lot of DeFi is done, and has no shortage of rival protocols trying to emulate its offering.

Compound is a lending protocol built on Ethereum. It lets users deposit (or send, lock, lend – all terms that mean the same thing) their cryptocurrency assets into giant liquidity pools that can then be accessed by borrowers. Of course, doing this earns lenders interest. Think of it as a savings account for holders of cryptocurrency, getting a better rate than they might through other centralized institutions.

How Does Compound Work?

By having such a huge and varied pool of assets from the cumulative deposits of all its users, the Compound protocol can then start to lend. It’s much like lending off a bank, except rather than going through a financial intermediary, lenders and borrowers act through the protocol – governed by the smart contract – and cut out the middleman. So who does it lend to?

Well, It lends to the exact same users who are providing the capital. Once you’ve locked your funds in, as a borrower you can then access this capital by posting collateral. Crucially, you can borrow different cryptocurrencies than the ones you initially posted into the protocol, at a collateralization rate that is dependent on the asset.

For example, you may send $1000 of ETH into the protocol, and that may have a collateral factor of 75%. You can then borrow 75% of any other currency currently in the pool, which you may need at a particular moment and for a particular purpose. It draws on the liquidity and market value of multiple assets to give its users the assets they need at a given moment.

What Are The Benefits of Using Compound?

When lending off the Compound protocol, users are given a cToken – which represents their deposit. For example, this could be cETH, cDAI, cBAT, or so on and so forth. This token can be freely transacted, there are no limitations on using it. However, it can only be redeemed for its original deposit within the Compound protocol itself.

Interest is paid in two forms. First, users generate interest in cTokens depending on the asset they have deposited. More intriguingly, they are also rewarded with the native COMP token, as a part of their liquidity mining program they are currently running. COMP tokens are also rewarded to borrowers for using the service (provided they pay back their loans!). In fact, every user interacting with the protocol generates COMP for using the service. COMP token is the governance token that then dictates how the protocol is run.

This includes important questions such as what currencies to add to the protocol, what interest rates are paid out, what the collateralization factor of a given currency is, and what are the liquidation parameters for borrowers who overstretch the value of their collateral. By having this shared governance agreed upon by all users of the protocol, it then creates a community of lenders and borrowers who can act trustlessly and with the best will toward one another. It is, in effect, a concerted community effort to remove the importance of the banks when it comes to the borrowing of large amounts of funds.

Founded by Robert Leshner and Geoffrey Hayes, Compound has attracted significant funding from major venture capital firms Andreesen Horowitz and Bain Capital Ventures, as well as Paradigm capital in a later round. As one of the earliest, and simplest, DeFi protocols that gives good returns to its regular users, it is sure to grow as DeFi becomes the new global standard for world finance.

Is COMP Hard to Get?

Getting cryptocurrencies, whether by purchasing or trading, can be a daunting prospect for beginners. This is particularly true for any cryptocurrency that isn’t Bitcoin or Ethereum – with Ethereum tokens, also known as ERC-20 tokens, such as COMP being a prime example.

If you are thinking about getting COMP then Numio is a great choice for handling your assets. Numio allows you to pay people using your stored COMP assets, as easily as if it were cash. If you are a bit more crypto savvy you can also trade and swap COMP at the touch of a button.

How can I get COMP?

There are multiple ways to get COMP on Numio. You can purchase COMP with your credit or debit card, you can trade it for other ERC-20 assets (up to 100x cheaper than other wallets), or you can receive it as a payment. Whatever way you choose you can be sure that you are always in full control of your COMP.

RT @MakerDAO: What a joy to see the D3M hitting a new all-time high! Yesterday, the @compoundfinance D3M debt ceiling was raised from 5 mi… 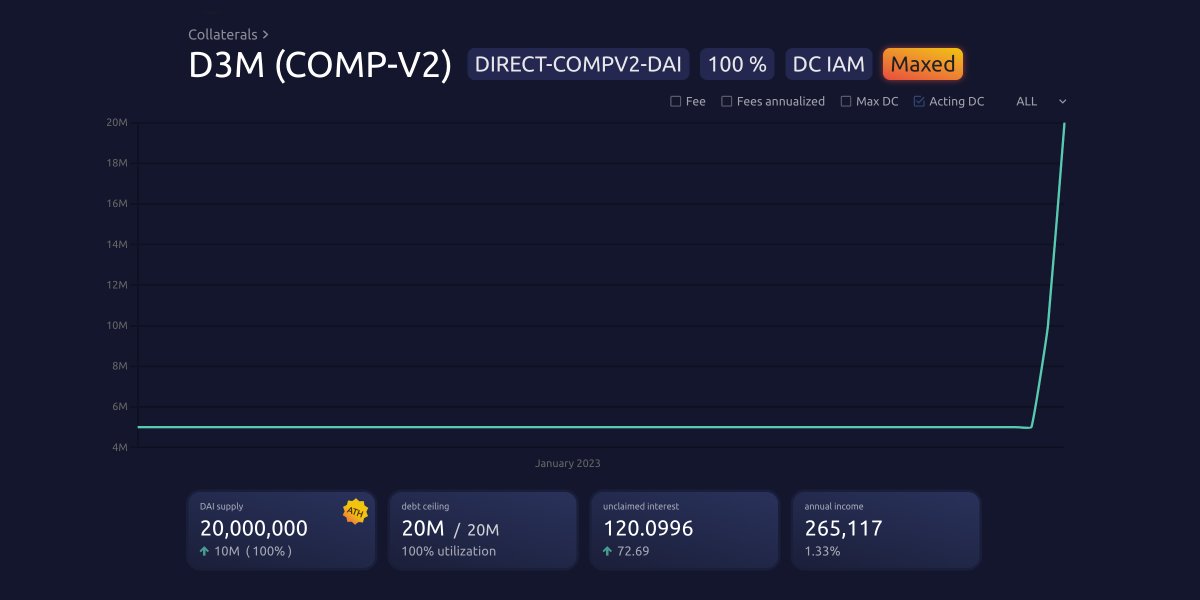 RT @gauntletnetwork: As @compoundfinance looks to migrate users to v3 of the protocol, Gauntlet has considered various ways to facilitate t…

Compound launched in September 2018, and was the first instance of user-to-protocol (rather than peer-to-peer) collateralized borrowing. ...

Over the years the Compound protocol has been used by hundreds of thousands of DeFi users to safely earn attractive interest rates on ove...

Three months ago, our team published a whitepaper for “Compound Chain”, a distributed ledger capable of transferring value & liquidity be...

A Walkthrough of Contributing to the Compound Protocol

The Compound Protocol is free and open financial infrastructure running on the Ethereum blockchain. Anyone with a future vision of the pr...

Ever since COMP token-holders replaced our team as administrator of the Compound protocol in April, we’ve been thrilled to watch communit...

The Compound protocol is maintained and upgraded through a community governance system in which COMP token-holders and their delegates de...

A JavaScript SDK for Ethereum and the Compound Protocol