Get the FTM Token and Safely Secure it on Numio

Download Numio today for free and get FTM tokens.

The Ghost in the Machine: Fantom, DAGs and DeFi

The battle for Layer 1 is truly underway. Ethereum’s first-mover advantage has led to entire ecosystems being built under its monolithic umbrella, but as institutional interest has risen in the possibilities of the blockchain, some of its latent flaws have begun to be exposed. As Ethereum is getting ready for the 2.0, others, newer, nimbler blockchain projects have begun to spring up that attempt to expand upon the original vision of DeFi and make it fit for purpose.

One of these new kids on the block(chain) is Fantom, a Layer-1 chain with its own consensus layer that seeks to provide speed, fast finality, and transactional flexibility that make DeFi a more palatable prospect for institutions seeking to migrate massive asset pools on-chain.

So What is Fantom? How will it compete? And what progress has it made since its founding in 2018? Let’s find out.

Fantom is a smart-contract enabled blockchain (more precisely, a Direct Acrylic Graph) that lets developers build the dApps that are needed to execute decentralized finance. Over 80 dApps are already up and running in the Fantom ecosystem and the current TVL at the time of writing is over $5 billion.

Fantom’s pitch to would-be developers for its blockchain is its speed and the low cost of transactions. These are two essential imperatives for any blockchain-enabled financial model and are where Ethereum currently lags.

Fantom has the support of other premier partnerships that it uses to power its network. It uses The Graph’s subgraphs to build wallets, explorers, and data analysis tools and has oracle integration through Chainlink and Band Protocol. Fantom is also written in Solidity and is EVM–compatible, meaning that ERC-20 assets can be used on the chain.

What is DAG technology and How Does Fantom Use It?

Fantom useless DAG technology. In short, DAG technology uses a graph of blockchain hashes. Transactions are recorded as vertices rather than blocks, which can then be stacked upon one another. This allows for simultaneous transactions and thus massively ups the speed a blockchain performs. The data is stored more efficiently, and any given node can have more than one parent root. To check validity, nodes can trace a path back through the graph to ascertain the veracity of a transaction. It’s a faster, more powerful blockchain. In fact, it’s not even a blockchain at all.

So what’s the catch? There is no ‘global state’ in DAGs that can always be referenced. DAGs struggle to scale without centralization. As it’s impossible (due to sheer volume) to have a complete transaction history of DAGs, pruning must be done. That pruning is best – and perhaps only – achieved via a central entity that can effectively parse transaction data and keep the network stable. Fantom has governance inducements to keep the ethos of decentralization alive, but time will tell if it truly comes to pass. For now, though, Fantom is certainly a standard bearer for DAG DeFi protocols.

What is Lachesis Consensus?

Fantom achieves this speed by operating an asynchronous Byzantine Fault Tolerant consensus mechanism that is leaderless. This mechanism means that even if one-third of the nodes are faulty and/or malicious, consensus can be achieved. Moreover, the consensus that is achieved has finality, in that the transaction data can be used without waiting for block confirmations. Fantom validators don’t vote on a concrete network state. Rather, they make periodic observations to check that everything is as it should be.

This consensus mechanism is what gives Fantom its acclaimed speed. Yet at this point in time, the mechanism is still too novel and hasn’t been sufficiently ‘battle-tested’. In short, Fantom is doing great, groundbreaking, new things – but there remains a long way to go and many objections and obstacles remain.

What is the FTM Token?

FTM is the native utility token of the Fantom blockchain. It can be staked for rewards (currently at 14% APY for yearly lock-up), on-chain governance that is essential to ensure proper distribution of authority in the DAG, payments for any services in the ecosystem, and platform fees to perform any transactions on the network.

You can participate in FTM staking with as little as 1 FTM. However, to operate a validator node, you need at least 3,125,000! Fantom does allow liquid staking, however, allowing staked Fantom to be used for yield within their Fantom Finance DeFi suite.

Fantom has big backing, large uptake, and thrilling new technology. If their ambitions land, then Fantom could well be the ghost of DeFi’s future.

How can I get FTM?

Getting FTM is easy on Numio. You can use your credit or debit card to purchase ETH or USDC, which can then be exchanged for FTM*, you can swap or trade it for other ERC-20 tokens (up to 100x cheaper than other wallets), and you can send or receive it as a payment. Whatever way you choose you can be sure that you are always in full control of your FTM.

RT @infineogroup: Our first podcast episode with @michaelfkong from @fantomfdn is live! Check it out here: - We tal…

RT @_lfausto: I am hosting a new series on @verticalblocks by @FantomFDN focused on crypto insight and perspectives. Concept is simple. 2-… 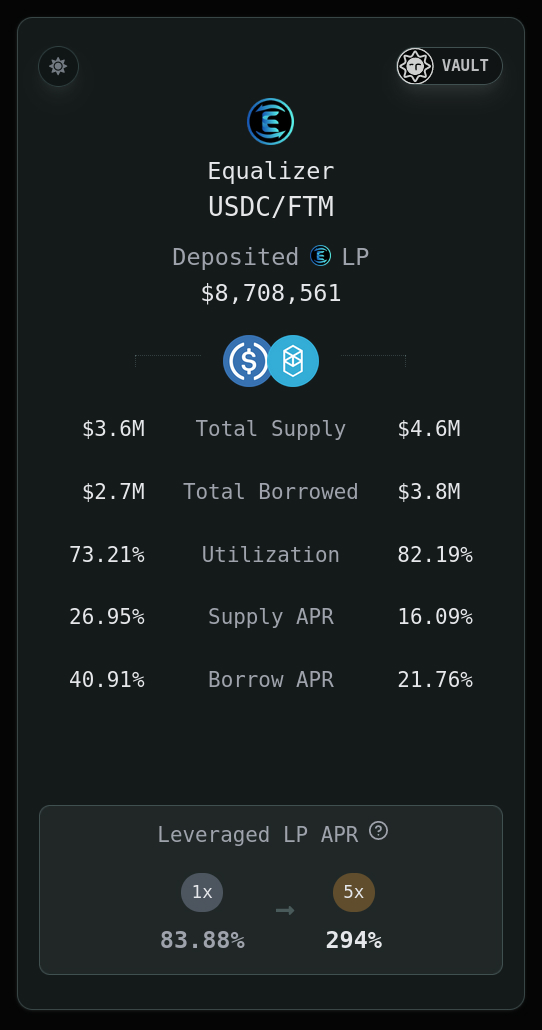