Get the MANA Token and Safely Secure it on Numio

Download Numio today for free and get MANA tokens.

Who doesn’t want to live again? Ever since cyberspace’s conception in early sci-fi, the prospect of humans digitising themselves and moving into the world of virtual reality has been compelling. From novels like Neuromancer and Snow Crash, to films like Lawnmower Man and Tron, mankind’s evolution to techno-sapien – and the prospect that in a purely digital landscape we can unleash our full identities – has already been foretold.

Early internet efforts like Habbo Hotel and Second Life still bring a pang of recognition to people today, while more mainstream efforts like World of Warcraft and EVE Online have shown that when it comes to upping sticks and making the migration into the unreal, humanity is all too willing to take the plunge. These collective unrealities are often referred to as the “Metaverse”.

Decentraland is the latest effort at this chance at a second life. The issue with every precursor in internet history is that ultimately someone else had ultimate control over your new self. Blockchain technology has the opportunity to distribute that power amongst the citizens inhabiting its world, and place the rewards for building it firmly into the hands of those who do.

Through the use of MANA, an ERC-20 token that needs an ETH wallet to hold, its denizens can purchase LAND – a non fungible ERC-721 token – which can then be used to make, create, and display their own creations and applications. Players buying LAND own the “rights” to that digital space, forever inscribed in the blockchain, and are free to both profit from it and use it at their leisure.

Players will have their own avatar, which can naturally be pimped out to give its users full expression, and the in-game economy runs fluidly around the MANA token. Rather than a central entity solely distributing the content of the game, the experiences and applications that users create powers this virtual economy, allowing them to earn the MANA token by trading with other players. It offers the chance for a truly emergent gaming space that is an expression of the multifarious users playing the game rather than the false utopia of a corporate overlord who seeks only to profit from you.

What is MANA Used For?

MANA has a fixed total supply of 2.6 billion tokens. It’s an ERC-20 token that can be held in any Ethereum wallet and can be deployed in game. MANA’s use cases – at least within Decentraland itself – are some of the most diverse of any crypto. As well as serving as a governance token for Decentraland as a whole, MANA is also the in-game digital currency used for interaction with all assets within it. Therefore, it can be used to buy clothes for your avatar, be gambled away at the casinos, purchase concert tickets for online gigs live in Decentraland, pay admission to the NFT museums that populate the land, and an infinity of other purposes not yet fully realized. Decentraland is effectively a game engine. As Ethereum, and therefore Decentraland, is Turing Complete, there exists no end to the possibilities to be explored in this new metaverse.

MANA, then, is one of the more curious investment opportunities in the crypto world. If Decentraland takes off, and its community thrives alongside solid development from the Decentraland team, then the MANA token and the LAND it helps you buy could take off. More than most cryptocurrencies, it’s a token whose value will be driven by the innovation of the community that populates the world in which it is used. 10,000 active users were reported in March 2021. And while these early pioneers of the new techno-west may be small, they are opening the frontier for humanity’s transcendence into the digital divine.

Is MANA Hard to Get?

If you are new to the world of digital assets then getting cryptocurrencies can be a confusing prospect. It may be a bit simpler with the top two Bitcoin or Ethereum, but what about that lesser known Ethereum token, such as MANA, that you have heard so much about?

Numio is a great choice for MANA. With Numio you can send and receive your stored MANA instantly and at the touch of a button. If you want to try something a bit more advanced you can use Numio to trade and swap MANA.

How can I get MANA?

Getting MANA is easy on Numio. You can use your credit or debit card to purchase MANA, you can swap or trade it for other ERC-20 MANAs (up to 100x cheaper than other wallets), and you can send or receive it as a payment. Whatever way you choose you can be sure that you are always in full control of your MANA.

RT @MetaPartyDCL: The Art Gallery Heist is now LIVE within #Decentraland 🔥 Locate 12 riddles within the gallery, each riddle has a 1 word…

RT @tangpoko: Calling All Fashionistas!! Metaverse Fashion Week will be here sooner then you think! With events in @Decentraland @Spatial_… 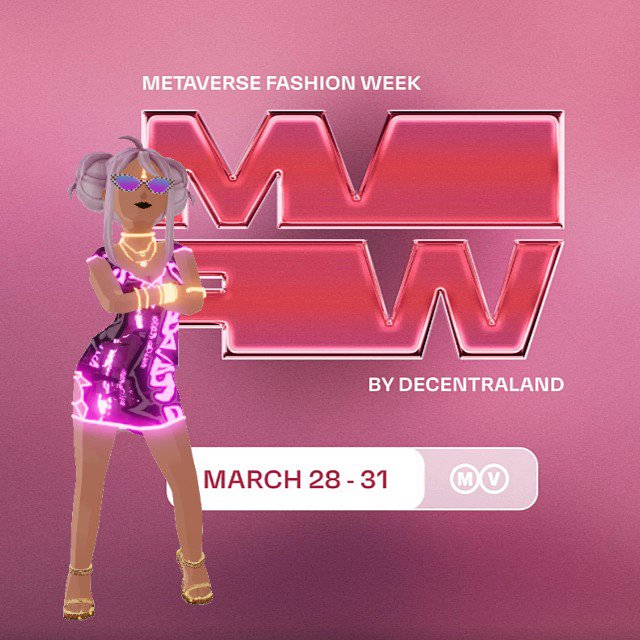