Get the Ren Token and Safely Secure it on Numio

Download Numio today for free and get renBTC tokens.

Ren claims massive improvements on its competitor though, via a focus on universal interoperability. That is the ability for the RenVM to expand its asset transfer services to all blockchains thanks to the underlying decentralized security of its network.

How Ren Protocol and $renBTC Works

This unit of Bitcoin, unlike its progenitor, conforms to the ERC-20 token standard and can therefore be readily deployed in any protocol that accepts it. Although Ren is currently focused on ERC-20 compliant tokens, the goal is for the protocol to be able to provide representative tokens to any given blockchain.

Other transaction types include ‘burn-and-release’, when $renBTC is sent from Ethereum back to the BTC network, and ‘burn-and-mint’ when Ethereum is sent to the Polkadot network.

With $renBTC, the resultant ERC-20 token from a lock-and-mint transaction is fully composable with the current Ethereum DeFi landscape. renBTC is pegged to the value of BTC, but there is an occasional deviation from this peg. This deviation is both due to the level of trust people have in the representative token, causing it to be valued less than BTC, and the fact it’s more ‘usable’ as a deployable asset that can earn yield in Ethereum DeFi, causing it to be worth more. The deviation is minor, but the value isn’t locked. To get their BTC back out of the Ren protocol, they simply return their $renBTC and the BTC held in escrow is released.

Of course, the issue with any service of this nature – and the core notion at the heart of the blockchain – is how this can be done trustlessly, wherein $BTC can be stored safely with Ren and the value of the representative $renBTC can be assured. Although using tokenized representation, it seeks to do so without the use of a central custodian to do so. Ren protocol, then, uses Shamir’s Secret Sharing (SSS) and Multi-Party Computation (MPC), Its RZL MPC algorithm can produce ECDSA private keys without ever having to share them – not even to the machines powering the algorithm. This means that people can operate darknodes without needing to be trusted.

This set of Byzantine Fault Tolerant Darknodes, which require 100,000 $REN to operate, act as a consensus mechanism for actions executed. These darknodes earn fees as an incentive for each transaction performed. These fees are algorithmically adjusted in line with the demand in a way that ensures an attack is never profitable. Furthermore, as assets are bonded to the protocol – and the value of $REN outweighs the value of BTC held by the protocol then, should a darknode act maliciously, its bonds can be slashed to restore the peg of what was stolen.

Cross-Chain on the Brain

Cross-chain asset transfer is a crucial problem for the blockchain to solve – and the one which is most enthusiastically being advanced upon. Ren protocol’s attempt at creating a decentralized trustless network that can perform these asset transfers using a robust, secure architecture, and increasing interoperability of DeFi, has so far been successful. Despite the current paucity of asset transfer options, the scalability of Ren protocol’s ability to facilitate permissionless transactions and unlock liquidity cross-chain has a bright future and could be a core instrument in the growth of DeFi as more asset value can be unlocked where it can be put to work.

RT @xSabobi: We are happy to share Ren Digest #2 A newsletter from the @renprotocol community about all things Ren 🔥 https://t.co/6jcOmPw…

$REN one of the first collaterals supported on @fringefinance 🫡 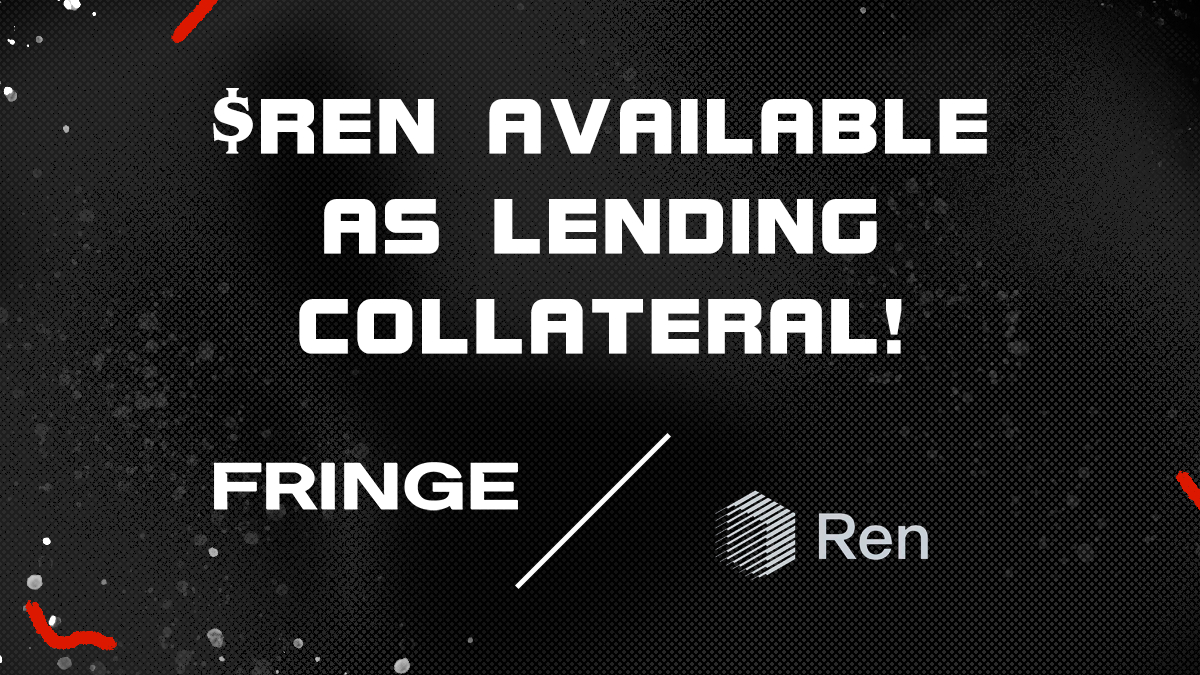 RT @fringefinance: .@renprotocol is one of the first select tokens accepted as collateral on Fringe! Ren Protocol builds non-custodial br…

We are excited to announce that RenBridge 3.0 is live! It comes with support for wrapping stablecoins and generic tokens to other chains,...

With May just getting started, we wanted to share a brief update on all the progress made and things to come. Now that the monthly develo...

The first quarter of 2022 has been a busy one, with the advent of Catalog on Ren, the multichain world gaining more attention, and bridge...

We are excited to announce Catalog, the inaugural application developed by Ren Labs and built on the Ren blockchain (L0)!

VarenX is now live on Polygon

Excited to see VarenX, the cross-chain swapping application powered by Ren is now deployed on Polygon, with free gas!

Varen to Join Forces with Ren on Cross-Chain Infrastructure

We are excited to announce that Varen, the team behind VarenX, will join forces with Ren and its community to build out tooling and infra...

It’s been another monumental year for Ren, and in tradition for the final post, we will recap some of the major milestones we have hit ov...

We are excited to announce the very first multi-chain swapping dApp powered by RenVM! Varen X is a cross-chain decentralized exchange (DE...

We are very excited to announce Host 2 Host is now live on Mainnet!